Somewhat later than it should be – here is the April news written by my colleague Kath.

Wishing you all good things, Meg

I arrived back in the Meg Foundation in early March. It was only 6 months since I was last here, but the changes are evident. The building is very smart as a result of the painting Emmanuel has been doing. He finished the outside wall the first week I was there – it was a bit of a challenge to reach the highest parts. 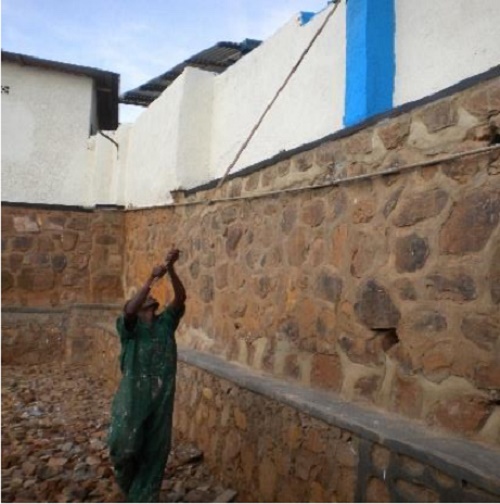 The children are in their new classes, and of course there are a lot of new faces in Nursery 1A and B – those who joined us in January. They are now very confident in singing the Meg Foundation songs at the beginning of the day and in following classroom routines. They are so keen to come into school, and so full of smiles as they go off to their classes, they are a joy to behold. It is good to see Eric, who was teaching the dancers when I was here last, now extending his skills into teaching the Primary children. He is full of energy and enthusiasm, and he elicits an equally enthusiastic response from the children. The older children are also enjoying their extra Kinyarwanda tuition from Theogene. After a long day, they are still ready to learn for an extra hour in the evening.

I was extended a very warm welcome by staff and students on my arrival. On the first Saturday I was invited to watch a performance by the dancers. It is a sign of the way things work here, that Eric has taken on new children, so that the dance troupe is bigger than ever. The children want to join in, they turn up on a Saturday morning, take on different roles – drumming, singing, doing solos – and encouraging others to learn new steps and moves. 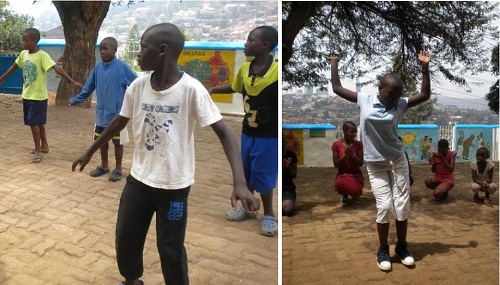 Later on that Saturday I was asked to go and watch our football team take on another local team known, somewhat bizarrely, as The Kangaroos. I am pleased to report that the Meg Foundation Team played very well despite losing 2-0. It was sometimes difficult to determine whether or not a goal had actually been scored. But the referee’s decisions were always respected. The rules about spectators being on the pitch seem to be somewhat different from those with which I am familiar.

Over the time I was there, the football team went from strength to strength. The most celebrated victory was 11-2! What was particularly impressive was the way the team organised itself, turning up on time, sorting out the kit, and then taking it home to wash before the next match. It is sometimes easy to forget that these are just primary aged children, without any of the support we would expect for a children’s team in the UK.

One of the things I was looking forward to was the opportunity to go and visit some of our secondary boys in their boarding schools. So, one Sunday morning I set off with Apollinaire the driver, and Bea and Eric as travelling companions to visit the two schools nearest to Kigali. 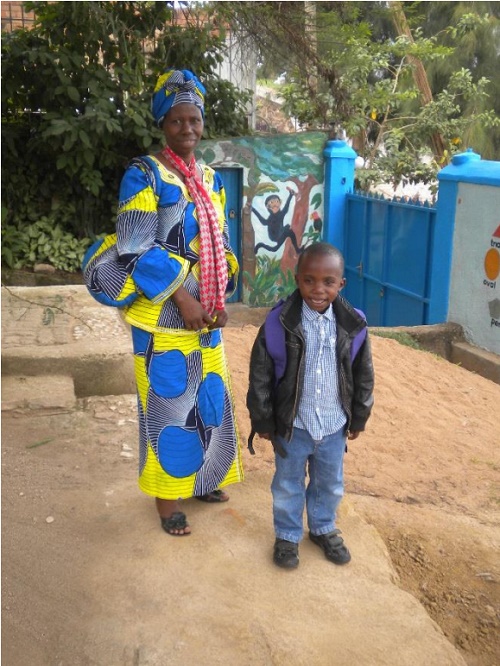 We first visited St. Ignace, where four of our boys are, including Bea’s son, Francois. They were somewhat surprised and very happy to see us, since despite my best efforts, they had not been told to expect us. However, they looked well, they said they have plenty of food – always important – with porridge every morning, sweet potato and beans every day for lunch and dinner, and rice on Sundays. They said they were finding the work ‘ok’. They all did well in their exams so I think they were probably finding it more than ‘ok’. Unfortunately, we were not allowed to look around the site, but they told me about the farm they have and how they are also learning to look after the animals there. They have a long day, rising early and working right through until bedtime. 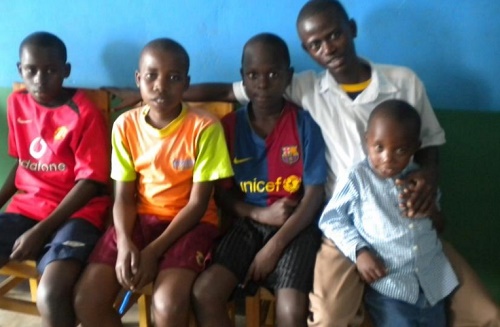 From St. Ignace we went to St. MarieAdelaide School to see Ora, who is the only one of our boys at this particular school. He was expecting us, and was also very pleased to see us. He was able to show us around the site, which is very green and pleasant, slightly elevated and with a breeze that can be chilly, so there is a school uniform scarf! The classrooms were large, traditionally equipped with chalkboard and desks. There are 64 children in Ora’s class. Ora is happy, and doing well – he came top of his class in the exams. It was interesting to see that in addition to the usual subjects we might expect to see on the curriculum, both schools teach a course on entrepreneurship – essentially business studies, from the first year. Ora’s school also includes Swahili on the curriculum. All our boys have encountered French for the first time – they were rather anxious about this since some of the other children already had some French, but they have obviously mastered it well in their first term there.

All the secondary boys finished their first term at school just before I left, so they came back to Meg Foundation with their reports and to meet the other children. We had a get together on the morning before I left. It was really heartwarming to see how pleased they were to see each other, and how courteously and warmly they greeted each other. It really is a Meg Foundation family. The secondary boys obviously had lots of stories to tell the others, and they all enjoyed the telling and the listening. Our P6 children are really looking forward to their opportunity to go on to secondary school, and hopefully this will be much easier for them – and us – now that we have the first cohort in place. 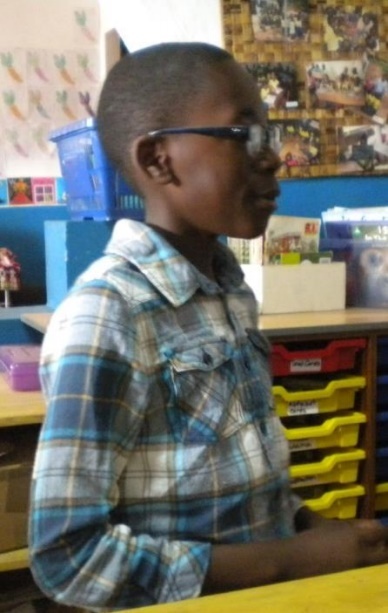 I left with some sadness that I could not stay longer this time, but also with happiness that the children are doing so well. I am looking forward to my next visit, when I am sure there will be more changes and more stories to hear.